An Introduction to Japanese Verbs and Adjectives

When you study Japanese, many questions about Japanese grammar arise.  On this page, we introduce verbs and adjectives.  You may download our more comprehensive Japanese Grammar Guide, which includes an index, by clicking here and passing through the Lesson Download portal.

In addition, please check out our multiple-choice Japanese Grammar Quiz.

There are two main kinds of verbs in Japanese grammar: u verbs and ru verbs. Both of these verb types have plain speech forms and masu forms. The masu forms are more polite.

For example, nomu is a u verb; it means “drink.” Nomimasu is the masu form of nomu. The root of nomu is nom. The stem of nomu is nomi.

Nomu and taberu are plain speech verbs. Their masu forms are nomimasu and tabemasu.

U and ru verbs are often used as adjectives. For example, watashi ga taberu pan = “the bread I eat.” Anata ga nonda biiru = “the beer that you drank.”

Desu (meaning “it is”) is a copula, or linking verb. It is neither a u verb, nor an ru verb. Its plain speech form is da.

How to Identify RU verbs and U Verbs 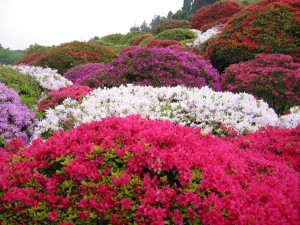 Similarly, the te form of transitive verbs is also followed by imasu, when describing an ongoing action, e.g. mado o akete imasu = “I am opening the window.”

There are two main kinds of adjectives in Japanese grammar: i (pronounced “ee”) adjectives and na adjectives. I adjectives end in “i” and modify a noun directly. For example, oishii = “delicious.” Oishii pan = “delicious bread.”

To make the stem of an i adjective remove the final “i.” For example, the stem of oishii is oishi.

Na adjectives are followed by na when they are used to modify a noun. For example, shizuka = “quiet.” Shizuka na heya = “a quiet room.”

Next, check out our Japanese Grammar Quiz.